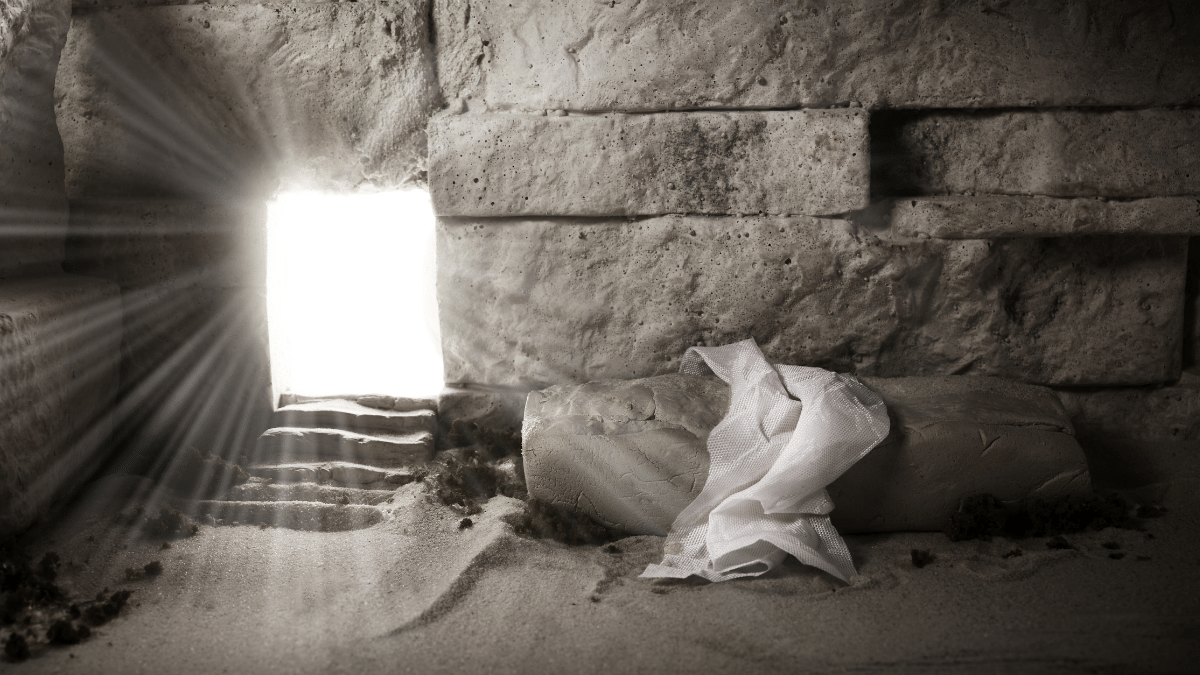 Today is Resurrection Day! Shout praises to our risen Lord Jesus Christ! Sing hymns recounting His triumph over death and the grave! Christ the Lord is risen today! Hallelujah, He is risen indeed!

Easter Sunday is the most important day for Christians, because without Resurrection Day Jesus was just another good man who lived a good life. The birth of the baby Jesus, the teachings of Rabbi Jesus, the death of the One who split history in two is meaningless, insignificant, forgettable.

The future of all mankind hinges on whether the resurrection of Jesus Christ is fact or fiction, true or false, history or myth.

“…Why do you seek the living among the dead? He is not here, but is risen! Remember how He spoke to you when He was still in Galilee, saying, ‘The Son of Man must be delivered into the hands of sinful men, and be crucified, and the third day rise again.’ ”
Luke 24:5b-7

“Behold My hands and My feet, that it is I Myself. Handle Me and see, for a spirit does not have flesh and bones as you see I have.”
Luke 24:39

Did Jesus really die on the cross? Was He really resurrected on the third day? Did He really appear in flesh and bone to His disciples and others? Did He really ascend into heaven? Are the answers to these questions important? Yes!! If Jesus did not do these things, then He cannot be our Savior, and He is not God.

Even one of the twelve disciples, the one we call Doubting Thomas, did not immediately believe that Jesus was bodily resurrected when the others told them they had seen Jesus. Here is what he said and how the Lord responded—


“One of the twelve disciples, Thomas (nicknamed the Twin), was not with the others when Jesus came. They told him, ‘We have seen the Lord!’ But he replied, ‘I won’t believe it unless I see the nail wounds in His hands, put my fingers into them, and place my hand into the wound in His side.’ Eight days later the disciples were together again, and this time Thomas was with them. The doors were locked; but suddenly, as before, Jesus was standing among them.‘Peace be with you,’ He said. Then He said to Thomas, ‘Put your finger here, and look at My hands. Put your hand into the wound in My side. Don’t be faithless any longer. Believe!’ ‘My Lord and my God!’ Thomas exclaimed. Then Jesus told him, ‘You believe because you have seen Me. Blessed are those who believe without seeing Me.’”
John 20:24-29 NLT

It is not enough to believe that Jesus was a good man, or a prophet, or even a great teacher, because if He is not Immanuel, God with us; if He is not the Son of God come in the flesh; if He has not been raised from the dead, then He is neither a good man, or a prophet or a great teacher. If He is not who He said He is, then He is a liar. If He did not rise from the dead as He predicted He would, then He is a false prophet. If He is a liar and a false prophet, why would you trust anything He taught?

There is great reason to believe that Jesus was all the things He said He was and that He did, indeed, rise physically from the dead. Paul speaks very eloquently to this in 1 Corinthians Chapter 15—

Paul goes on to speak of just how crucial the resurrection is to salvation.

If Jesus did not, in fact, rise from the dead, Christianity is merely a false religion, and those who claim to be saved are of all the people on earth the most miserable!

The fact that the apostles were all willing to die for their belief in Christ and His atoning sacrifice for humanity and in His bodily resurrection and ascension shows how firmly they believed what they preached. No one in their right mind would be willing to die as a martyr or even suffer terrible persecution for something they only thought might possibly be true. They were certain and spent the rest of their lives proclaiming the truth of the gospel.

Lets revisit a statement I made earlier—

The future of all mankind hinges on whether the resurrection of Jesus Christ is fact or fiction, true or false, history or myth.

You get to choose what to believe. It is all or nothing. He can’t be a little bit resurrected. He either is or isn’t. The question for all of us is: Which side of this great divide do you stand on?

Christ is risen! He is risen, indeed!

OnScripture encourages readers of this blog to follow the example of the Bereans in Acts 17:10-12, who received the word preached by Paul and Silas with readiness, but searched the Scriptures daily to see if these things were so. We never intend for you to take our word for anything. Only God’s Word will stand.

All Scripture references are from the New King James Version unless otherwise indicated.